Panel Summary:
The next generation of smart and connected communities are fueled by recent advances in cyberphysical systems, Internet-of-Things, mobile pervasive computing, and cloud technologies.  New modalities of information and new channels of communication have enabled the interconnection of objects and data to provide novel services and applications that will improve and enrich the lives of communities worldwide, by favoring more active and diffused participation of citizens.This panel will highlight projects that have been involved in creating and deploying smart community and smart city initiatives from a  global perspective. Specifically, it will bring to the forefront experiences from the cities of Barcelona, Spain; California, USA;  Paris, France; and Messina, Italy. The selected efforts present diverse set of domains (environment/ecosystem, transit/transportation, smart buildings, smart grid, etc.) and settings.  Effective design of systems for smart and connected communities involves dealing with issues at multiple technology levels (modeling, networking, distributed computing, middleware, data management) and the panel aims at bringing together researchers with expertise at these different layers. The panel discussion is expected to highlight also a range of non-functional and crucial technical challenges including scalability, reliability, privacy, security etc.. 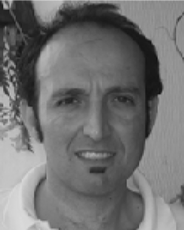 Dario Bruneo is an Associate Professor of Computer Engineering at the University of Messina, Italy. His research activity has been focused on the study of distributed systems with particular regards to the management of advanced service provisioning, to the system modeling and performance evaluation. His current research topics include Internet of Things (and its application in Smart City scenarios), performance and reliability evaluation of complex systems, Machine Learning techniques for (Smart) Cyber Physical Systems. He has published 100+ papers in international journal and conferences and he has been involved in several European projects. He is co-founder of the startup SmartMe.io, a University spin-off that develops innovative IoT solutions for smart environments. 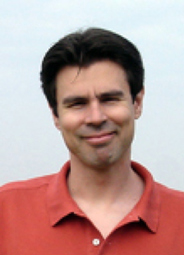 Nikolaos Georgantas. Dr. Georgantas is a research scientist at Inria Paris with the ARLES and now with the MiMove research team which he leads. Dr. Georgantas was also a co-founder of Ambientic, a spin-off based on ARLES’ research that developed mobile collaborative applications. Dr. Georgantas received a Ph.D. in electrical and computer engineering from the National Technical University of Athens, Greece, and a habilitation degree in computer science from UPMC/Sorbonne University. Nikolaos’ research interests relate to software engineering for distributed systems, middleware, ubiquitous computing, service-oriented computing, and self-adaptive systems. He is currently working on interoperability and QoS analysis of service and thing choreographies across heterogeneous middleware interaction paradigms, as well as interoperability between online social network services. 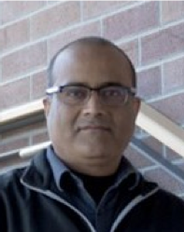 Sharad Mehrotra​​ is a Professor in the School of Information and Computer Science at University of California, Irvine. He is currently serving as the  lead PI of the Brandeis IoT privacy testbed project that is building a new privacy cognizant IoT data management system for smart environments. He has previously led several large multidisciplinary projects including RESCUE  (Responding to Crisis and Unexpected Events) which, funded by NSF through its large ITR program, spanned 7 schools and consisted of 60 members. Mehrotra's research expertise is in data management focusing on security and privacy and his contributions to these areas have been extensively  recognized through variety of  best paper awards in several prestigious conferences (Best of VLDB 1994, ACM SIGMOD best paper award 2001, DASFAA best paper award 2004, ACM MIR 2013) and test of time awards (ACM SIGMOD 2012, DASFAA 2013, DASFAA 2014).  His work on database outsourcing and the corresponding security and privacy challenges that result is considered to be pioneering work in the area. Mehrotra is a board of Trustee for VLDB and is listed among the Aminer 100 most  influential scholar list. 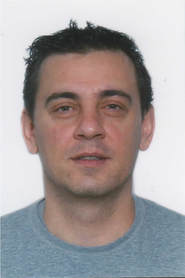 John Vardakas. Dr. John Vardakas received his PhD from the Department of Electrical and Computer Engineering, University of Patras, Greece, in 2012. Since July 2012 he is a full time senior researcher at Iquadrat. He has contributions in several FP-7, ENIAC, MSCA and H2020 projects. Dr. Vardakas has published more than 35 scientific papers in journals and 50 in conference proceedings. His research interests include smart energy management, network optimization and management, and the development of system level simulators, while he is currently working on the development of cooperative energy management systems, which are inspired by the Superblock model, which is the new sustainable urban mobility plan of the city of Barcelona.